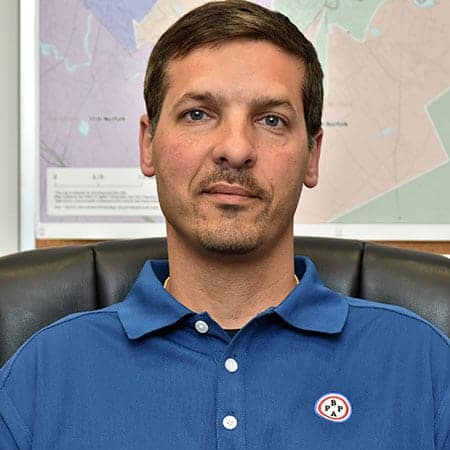 Larry Calderone has been a police officer in Boston since 1994. He has been assigned and stationed in Area’s B-2 (Roxbury), B-3 (Mattapan), Special Operations (Motorcycle Unit & SWAT Team), and is currently E-5 at (West Roxbury). Throughout his career, Larry performed the duties of a uniformed officer serving the citizens of Boston by responding to E911 calls for service, providing dignitary protection, traffic enforcement and SWAT duties while in the motorcycle unit, working anti-crime and community services in West Roxbury, and is a National Highway Safety Traffic and Safety Certified Crash Reconstructionist.

Larry has served as a representative of the Boston Police Patrolmen’s Association for approximately 20 years and has held positions serving on the Bargaining Team, By-Laws Committee, Detail & Overtime Committee, Health & Safety Committee, and Labor Management Committee.

Larry has previously served as the Legislative Director for the BPPA handling communications, governmental affairs, and public relations at the Massachusetts State House, Boston City Hall and various other entities and organizations within the commonwealth to support and advocate the interests of Boston police officers. He is also a member of Massachusetts Joint Labor Management Committee representing police union organizations across the State of Massachusetts on collective bargaining negotiations. He has held the position of Legislative Director within the BPPA Leadership Team since January 2015.

Larry Calderone was born and raised in the Jamaica Plain section of Boston, Massachusetts. He is a graduate of Catholic Memorial High School in West Roxbury, has earned a Bachelor’s Degree in Criminal Justice from Western New England College, a Master’s Degree in Law Enforcement from WNEC, and graduate degree in Public Administration from Suffolk University in the Winter of 2018. 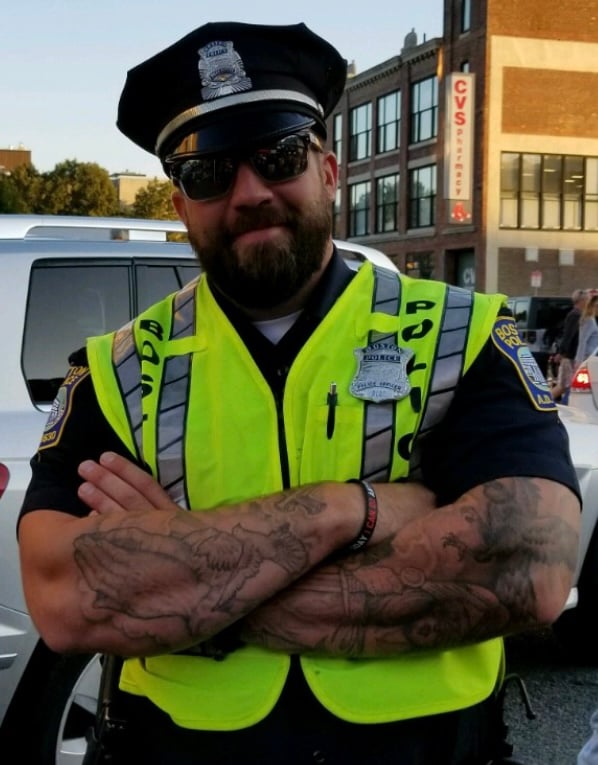 Chris Keaton joined the Boston Police Department in 2013 and was the recipient of the Class 52-13 Academic Achievement Award. He is currently assigned to District 4 (South End,  Back Bay,  Fenway,  Lower Roxbury), where he has spent the majority of his career.

Chris has served as a representative of the Boston Police Patrolmen’s Association for approximately two years and has served on the Health & Safety Committee and Grievance Committee.

Chris is a lifelong resident of South Boston and a second-generation Boston Police Officer. Prior to his time with the Boston Police Department, he served in the U.S. Air Force where he attained the rank of Staff Sergeant. Chris graduated from the University of Massachusetts as a member of the National Criminal Justice Honor Society,  Alpha Phi Sigma. 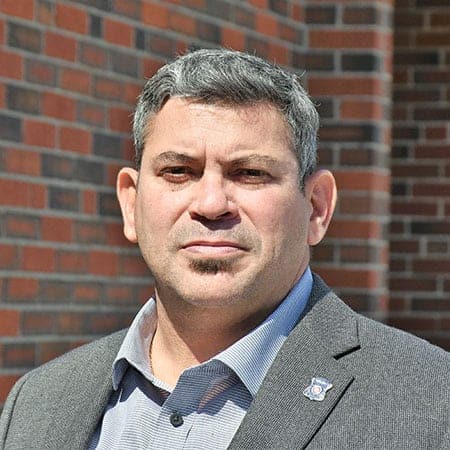 Jay began his career with the Boston Police Department in August, 1983 as a Cadet. He was assigned to the Mounted Unit, Audit & Finance, Operations, and Fleet Maintenance.

In November, 1986, Moccia was accepted into the Boston Police Academy, and upon graduation was posted to Area A, which at the time covered Downtown Crossing, Chinatown, Government Center, North End, Beacon Hill, Charlestown, and East Boston. When District 7 was re-opened in East Boston (after being shuttered for several years due to budget cuts) he was stationed there, for almost ten years.

An opportunity arose in February 1995 to transfer to D-4, which covers the South End, Back Bay, Fenway-Kenmore, and Lower Roxbury neighborhoods. He is presently assigned there, and when not performing Union duties, he patrols Newbury St/Copley Square and Back Bay on foot or by bicycle.

During the course of his career, Jay has also volunteered for several temporary assignments to Mobile Operations, during Sail Boston, Gulf War, Biotech Conventions, and other special events. He has received numerous Citations, Commendations and letters of thanks. Jay is motorcycle and bicycle certified.

Officer Moccia is a regular contributor to the PAX Centurion and is also the First Half BPPA Rep at D-4. He was elected BPPA Secretary in December 2017 and assumed his leadership term in January of 2018.

A lifelong resident of Boston, Jay and his wife raised their 6 children (1 girl, 5 boys) there. 3 of his sons also currently serve as Patrolmen in the Boston Police Department. In his spare time, Officer Moccia enjoys spending time with his family, playing hockey, cooking, and travelling.

Sarah joined the Boston Police Department in 2010, and was the recipient of the class of 49-10 Academy Physical Fitness Award. Upon graduation, Sarah served multiple communities throughout the city such as Allston-Brighton, South End, Roxbury, and Jamaica Plain and is currently assigned to the city wide Crime Scene Response Unit. In addition to crime scene responsibilities, Sarah also works to foster positive community relationships through Women in Blue leadership and athletic programs.

In her spare time, Sarah is an avid runner, and has completed the Boston Marathon as a member of the Boston Police Runners Club several times.